The breakfast ride that was/wasn’t 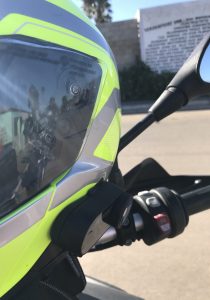 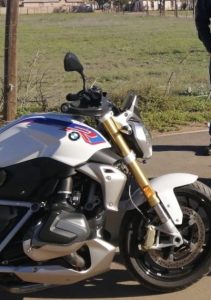 Sunday morning with a dof-head from imaginary Red wine compensating for lock down blues, I hear the howl of pipes coming pass my house and I think man that’s a lot of bikes.

Like the call of a predator wolf gathering the pack to find relief, it appeals to something deep inside me as I smell the fresh cool morning wind coming from Blouberg beach.

Half an hour later I’m kitted up and straddling the beast, revs and heart beating singing in sweet harmony. The GS has a mind of its own it seems and I obey, like any biker looking where I’m going and not for any obstacles. The destination is unknown and becomes more than one I realise later.

The first gathering starts, how is imperceivable to those around us but we know, a slight wave, a dip or nod of the head is all it takes. The small group moves off, a pair, a single or two with large gaps between.

It’s a crispy cold winter morning but the sun has come to play and promises to make me remove my inner jacket but not yet, my eyes say reading the external temperature displayed. As if they all got the memo the bikes move to a common area. The growls and roars get louder as one or two flash by eager to filter into formation and twist the wrist.

The pack is by no means big but I’ve seen these wolves before, spatial distance is observed and some rove around circling and circling like ADHD kids. For those who understand the body language the message is clear the twisty curves and hills are calling and we need to respond soon. We wait, someone is late, we don’t know how Alpha knows and it’s not our place to ask.

An engine kicks, a flash of light and movement from up the road is the trigger needed, the beast are ready and roll in unison, hierarchy sorted and in formation.

The pace picks up as we head for the hills leaving the urban area behind. One or two manoeuvres and the formation is set. The smell of the open road and the farmyard mixed in delightful warming air spur the pack further and faster into the Boland territory. The Morning sun is rising above the point of direct in the eye which is just in time as the speed increases and some fast turns and corners are encountered.

I’m the last of the front quartet and can see we are pulling further and further away from the pack. The four, closely bunched moving at speed as if controlled by the same throttle. Twisting and turn through the corners, cresting the hills and plunging into the mist filled dips so typical of that countryside.

This is long overdue and feeds the bikers mind, endorphins abound and wash away some of the every day stresses. Lock down what lock down? The wolves are running to the beat of a different drum a path they know so well.

While the quartet’s choreography plays out, I’m constantly aware of the twinkle of light in my mirrors keeping the pack within sniffing distance and making sure the invisible thread stays intact. We reach a place of changing terrain, off the throttle and hard on the brakes, a detour and gravel allow time for a regroup of the pack as we coast in a line coming to a stop in an orderly spaced out way [and I’m not referring to their minds]. A drink and a bite and  basking in the sun is all that’s needed while freedom is greeted like a long-lost friend.

All too soon the run is coming to an end as the pack turns getting the sun on our backs. We see and hear other packs and stragglers crisscrossing the side roads and intersections. They like us are covering every possible road in an ever-increasing sweep from home.

Alpha pulls into a safe space, engines are cut visors are lifted, eyes meet and the sparkle is there for all to see. There is a feeling of reinvigoration that will carry through the week when once again the call of the wild and free spirited will be answered. As if by unspoken command they leave in various directions, I’m left wondering when we will meet again and if I should take the long way home.

It’s a yes as Chaval fires up and is more eager than me to go buy bread and milk via Malmesbury.

What happened next, how did this ride end?  Did we ride? Where did we ride?

Was there a ride? Can you hear the call? Are you a Wolf?