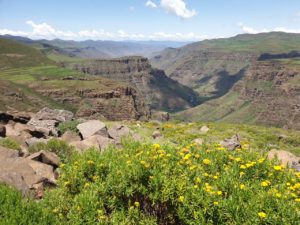 The authors of this report are:: Bela & Jorge & Rob & Rod & Siobhan.  Thank you to the entire group who contributed some really spectacular photos.

It was a chilly & grey morning when the Tar riders met at the Blockhouse on the R59 for breakfast before our departure to points East.  There were 10 bikes all in all & 13 riders.  Our group included Marlene (aka Mars) & Lee Crossingham & also Pieter Bekker who are new members.  Tersia was having a really interesting conversation with somebody. 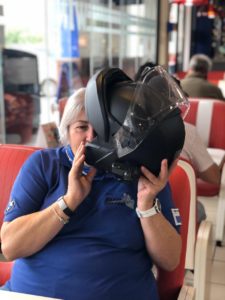 After greetings & breakfast & signing the indemnity we headed off on the first leg of our journey which was to Petrus Steyn.  The sky was grey & it was overcast but thankfully no rain.

The roads were mostly good & due to the recent rain the countryside was really really green.  We were caught in the middle of the butterfly migration and I’m sorry to say that many butterflies were killed during the ride – may they rest in peace.  After a pee stop / smoke break / leg stretch @ Helibron we were off on the road to Q4 Fuel @ Petrus Steyn.  Apparently Petrus Steyn is the highest town above sea-level in the Free State & boasts a beautiful Church & sandstone Parsonage, an Afrikaans Taal Monument & also an Ox Wagon Wheel Monument. 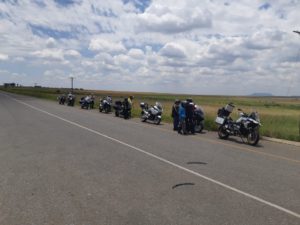 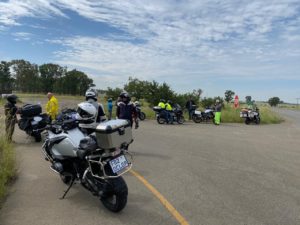 After refuelling the bikes and some tea / coffee / fudge / cigarettes we were off again towards Steynsrus.  According to Tour-Guide Barbie Steynsrus was named after the last president of the Orange Free State – Martinus Theunis Steyn.  It is 50km from both Kroonstad & Senekal which is, apparently, the distance that could be ridden in a day on horseback & is a common feature of most towns in the Free State.  As advertised we encountered a large number of pot-holes between Petrus Steyn & Lindley but the roads there-after were absolutely beautiful.

Another pee stop / smoke break /leg stretch later & it was time for lunch.  We stopped at the quirky Constantia 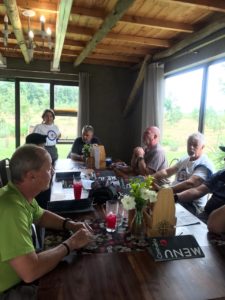 Cherry Farm & most of us enjoyed our food immensely including some members who shared some cherry cheese-cake that looked scrumptious & some other members who had some very manly milkshakes.  As we were having lunch the rain started pouring down – in fact there was so much rain that the resident ducks decided to come inside.  With just under 40kms to go we all suited up in our rain gear & set off for Ladybrand.

Meanwhile on the dirt….

(from Bela). What a ride… with lots of fun and falls.  Started off dry and good gravel to Senekal where we had a super lunch.  The rain then caught up with us and the ride turned nasty with slippery mud & 70kms of downpour before arriving at Cranberry Cottage.  Thanks to Rob, Peter, Joe, Jorge & everyone else in our group of 12 bikes.  You guys rock 🙂 Being the only girl in the group I felt privileged to take part & very proud of my rider for braving the conditions with the extra weight on the back! Now looking forward to a relaxing Saturday at the health spa… would you expect anything else?  The lunch stop for the dirt group was @ Hendersons which is one of those kind of places that are just surprising & delightful.

Based on the joking & ribbing that went on at dinner I think we have to make special mention of Bela’s gymnastic skills – Joe says she launched herself off the bike when she & Jorge had a fall like a gazelle on the Serengeti.  Rob Kennedy was a bit of a wounded soldier with a banged-up ankle & Bruce looked like he had fallen in a vat of chocolate cake batter.  On top of which there were various methods discussed to dry various bits of soggy kit. 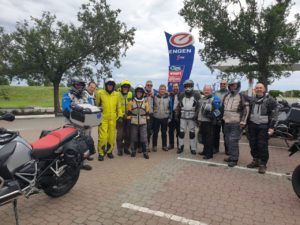 We were received at Cranberry Cottage by Carmen & settled in our rooms.  Supper was served in the Cellar and the food was really good.  Of course we had the Club favourite Malva Pudding for dessert with custard.  The buzz at supper was all about the weather.  Various Oracle were consulted – all the relevant applications were used and after A LOT of discussion it was decided to see what Saturday would bring.  There was even a very early morning call to the Weather Bureau! 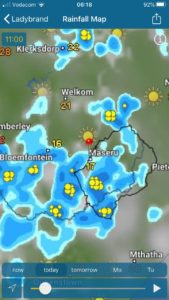 the Pessimists vs the Optimists.  Thankfully the optimists won!

The two groups set off on Saturday morning in overcast conditions but nothing looked too threatening.  The tar bunch had a really great ride through Lesotho – handling the twists & turns & hair-pin bends with aplomb.  Of course we encountered fallen rocks due to the heavy rains on Friday & various vehicles on the wrong side of the road & the obligatory donkey in the road but from the back of Rods bike sweeping through the landscape I realised just how lucky we are to have such great riding 400kms from home.  I think it is safe to say the highlight of the day was the ride down (and up) the face of the Mohale Dam – very exhilarating indeed.  After the tour we had lunch at the Mohale Lodge & back to Cranberry.  Of course it rained a tiny bit on the way back – I honestly believe due to the fact that I took off my raincoat at the boarder! 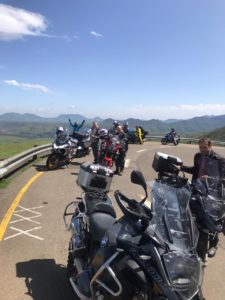 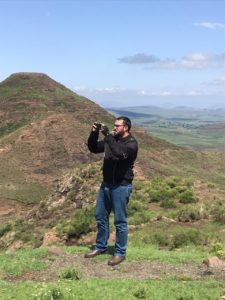 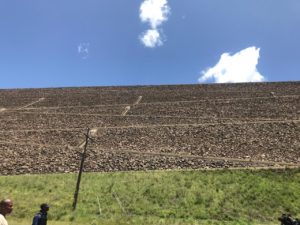 The Dirt group set off to see the Maletsunyane Waterfall but that plan was somewhat scuppered due to an exorbitant entrance fee – M100.00 per person & NO pensioner discount.  Over lunch at the Semonkeng Lodge it became apparent that no-one was particularly happy with the situation & the local lodges etc have lodged (sorry) a complaint with the Lesotho Tourism authority about this & the effect it has on the local economy. 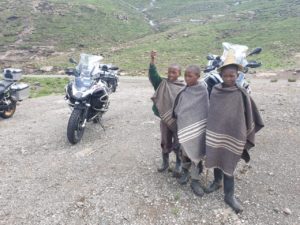 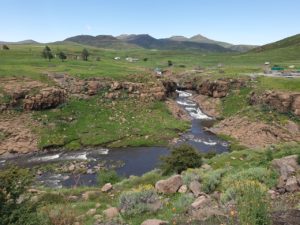 Having said that they had some spectacular views & made some friends with some local kids.  It appears that parking may have been an issue.  Or there was a BYOD party (Bring your own Donkey?). 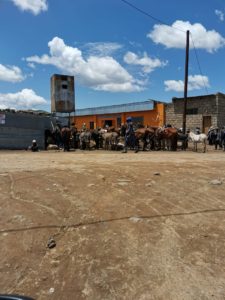 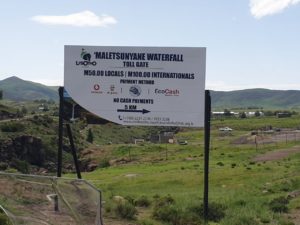 Supper was once again in the Cellar & the food was good.  We had simply delicious cheese cake for dessert.  The entertainment was provided by Peter Saunders who was demonstrating how some of the dirt bikes had been performing ballet in the mud.  It was really a lovely evening with the sound of the rain the drumming on the roof!

Sunday morning dawned bright & fairly clear as various groups set off for home.  Everyone was in high-spirits after a really great weekend of riding & fun with old friends & new friends & I look forward to our next weekend away with Club Central.

Special thanks really are due to Rod & Rob & Jorge for leading the rides & also the the various Tail End Charlies – this is often an overlooked post but it makes a difference when the TEC gives a wave & we know the entire group is together & its safe to continue on the road.

Rob & Duncan have put together a smashing video of the exploits of the dirt group as seen from their video cameras – please follow the link below: